Thank you for your interest in our company. Complete the form below to send us an email, or simply give us a call. We're looking forward to working with you.

Your message has been sent.

Please make sure fields are complete.

Mike Mosher was born and raised in El Paso, Texas and graduated with honors from the University Of Texas Law School in 1981. He began his law practice in New York City with the law firm of Kaye, Scholer, Fierman, Hays and Handler (it has since merged into Arnold and Porter). After several years at Kaye Scholer, he returned to Texas in 1990 and started his own firm. In 1992, he moved his home base to Paris, Texas where he has remained ever since.

In 1992, Mike Mosher won the first case ever to go to trial against the Upjohn Company that involved the drug Halcion. The case was known as Freeman v. Upjohn in Dallas, Texas – Mr. Mosher represented Bill Freeman, who was a former police officer who had been convicted of the murder of his best friend. The case proved to the jury that his mental state and the crime, were caused by Halcion and Upjohn’s wrongful conduct in marketing the drug. 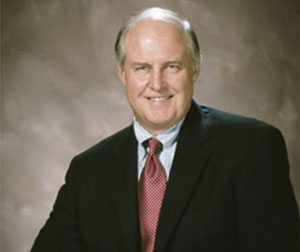 After the Freeman case, Mr. Mosher represented plaintiffs in numerous cases all over the United States against doctors and drug companies where the injuries were caused by psychiatric drugs. During that time he had access to the millions of pages of documents in the drug companies files that showed how those drugs worked in the human body and all the effects of those drugs. In the process he acquired and immense amount of knowledge about those drugs that far beyond that of most of the doctors who prescribe those drugs. Over that time he also represented other individuals, besides Bill Freeman, who had committed criminal acts while under the influence of psychiatric drugs. Some of these actions were in post conviction relief proceedings and others involved individuals who had not yet been convicted.